Serveoffice AB, guided city walk on the heights of Södermalm

Guided city walk for Serveoffice staff and consultants at Söder's heights. Interesting and innovative interim management company.
Started off with a 30 minute lecture on Stockholm's history in Serveoffice meeting room. Afterwards we went for three hours guided city walk on the heights of Söder.

The history from the first traces of the city and population on the island of Åsön, to the Middle Ages and the ravages of war on the island. The expansion of the 17th century, the severe fires, the misery of the 18th and the 19th century, and the working to the demolition hysteria in the 20th century and todays hipster area. 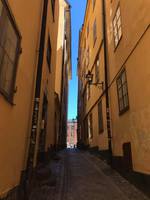 In connection with fall of 2019 and LF Bank's kick off for the Department of Banking Law at Länsförsäkringar AB, I was honored to carry out a guided city walk. The hike ended with dinner. 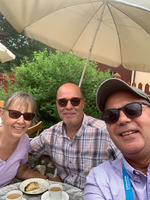 I was honored to coduct a city walk and guided tour for Lori and Peter Samson Bengston from Connecticut, USA. Lori and Peter were visiting Stockholm before heading on to Åland. 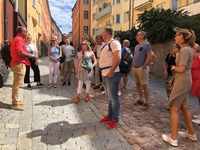 The day after my 60 years party, I organized a guided city walk on the heights of Söder for relatives and friends. Tired but satisfied after a wonderful weekend.

We use cookies to enable the proper functioning and security of our website, and to offer you the best possible user experience.

You can customize your cookie preferences here. Enable or disable the following categories and save your selection.